Get In Touch View Reviews

Iryna Avrine, fluent in English, Russian, and Belarusian, is the Founder and Lead Attorney of Avrine Law Firm, LLC, located in Bethesda, Maryland. Her practice is focused on estate planning and elder law. Mrs. Avrine helps families and retirees reach their financial, retirement, and estate planning goals through creating personalized and comprehensive estate plans. She also serves her clients' legal needs in the areas of guardianship and probate. Building relationships and understanding each clients' unique objectives and goals defines Mrs. Avrine's approach to handling legal matters.

Prior to opening her practice, Mrs. Avrine worked as an attorney at a boutique general practice law firm in Annapolis. Early in her career, she gained experience as a law clerk supporting various practice areas, including trusts and estates, corporate, bankruptcy, and products liability, with Maryland law firms.

In addition to a wealth of legal knowledge and professional expertise, Mrs. Avrine is a compassionate and personally engaged problem solver, always striving to find the best solution for each of her clients. As resolving legal issues is often an emotional process, Mrs. Avrine maintains a patient, thoughtful, and creative approach while serving her clients' legal needs.

In her personal time, Mrs. Avrine likes hiking with her children and dogs, reading historical novels, and cooking Belarusian food. 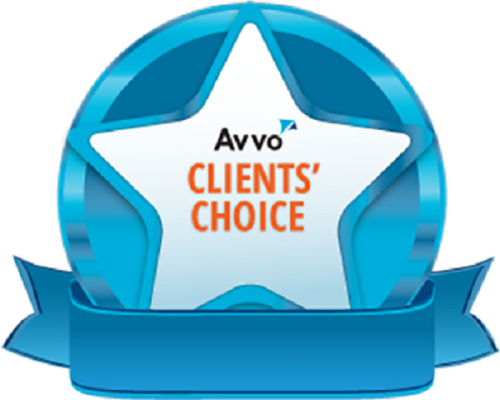 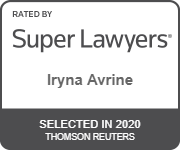 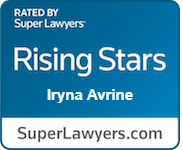 Serge Bauer is the founding member of Serge Bauer, P.C. Born in Almaty, Kazakhstan, he immigrated to the United States of America in 1975. He is fluent in both English and Russian. Mr. Bauer is a United States citizen. He is admitted to practice as an attorney and counselor of law in the District of Columbia, New York, and New Jersey.

Mr. Bauer received a Bachelor's Degree in Economics, with a minor in Philosophy, from Queens College of the City University of New York in 1984. He received his Juris Doctor in 1990 from Western New England College in Springfield, Massachusetts. He served as a judge in the Phillip C. Jessup International Law Moot Court Competition.

Additionally, Mr. Bauer served on the Board of Directors for the American Uzbek Chamber of Commerce. Mr. Bauer has been published in Trademark Reporter concerning the registration of trademarks in Russia, as well as other articles on international trade and joint ventures with the Russian Federation, Kazakhstan, Ukraine, and other countries of the Former Soviet Union States.

Since 1992, Mr. Bauer has organized numerous conferences while serving as a Chairman of the District of Columbia Bar Associations Investment and Finance Committee. He has moderated multiple conferences on legal and investment regulatory climates in the Former Soviet Union and Central Asia. Specifically, Mr. Bauer has managed conferences dealing with Azerbaijan, Georgia, the Republics of Kazakhstan, Kyrgyzstan, Tajikistan, Turkmenistan, Ukraine, Uzbekistan, and the Russian Federation.

I am very pleased that I used Avrine law firm to write a will . Attorney at Law Irina Avrine understood the complicated situation and gave practical advice. She was very helpful, easy to deal with and nice. I would highly recommend this firm to anyone who want to write a will or estate planning

Nothing is more frustrating than ambiguous legal matters. When I became overwhelmed and realized I was over my head with all the technical and legal issues in naturalization process I called Mrs. Avrine office. I made the right choice. Mrs.Avrine provided outstanding legal guidance. She was very responsive via e-mail and phone whenever I had questions. She is one of those people who make you feel comfortable and trust their judgement. Highly recommend!

We were extremely happy with the professionalism and service provided by Iryna Avrine Esq. in preparing and filing our will and also creating associated documents on Power of Attorney and Advanced Medical Directive. Would recommend this firm to anyone who may be looking for help with such documents.

Mrs. Avrine is a very truthful lawyer- something you don't find often these days. She was extremely professional and quick to help me with all of my issues. Honestly, it was nerve racking to be in these situations and Mrs. Avrine calmed all of my worries and was able to win my estate case for me and read over all of my contracts going forward. It was a great experience! I honestly recommend her to everyone I know because her rates are a steal for the amount of attention and care to legal detail that you get! I can see why she graduated summa cum lade at her law school. I will always use Iryna Avrine going forward for all of my legal matters and just to read any contracts I sign in the future because I hold a lot of respect for her understanding of the law and written contracts.